WindStream Technologies was awarded the opportunity to pilot its SolarMill technology which when placed on a rooftop would offset a portion of the energy use. A SolarMill 3P has been installed on the buildings of Centralized Training Academy for Railway Accounts, South Central Railway, Ministry of Railways, India. If the pilot program is successful, the company will be awarded the contract to retrofit about 700 railway stations in India. 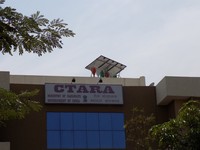 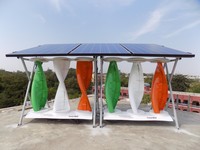 On the occasion, Dan Bates, president of WindStream, said, “We believe our company has a strong future in India and in the surrounding region. We are constructing a 50,000 sq. ft. manufacturing facility outside of Hyderabad, India. We expect that SolarMill products will be available from this new factory in the second quarter of 2015 and the facility will focus on servicing the Indian market to start.”

CNN Money reports that the Indian Government, through its Ministry of Railways , has begun an effort to retrofit railway stations with renewable energy generation as well as energy efficiency makeovers all over the country.

“This pilot will not only showcase the effective use of the SolarMill product in India for its railway stations, but will be a marquee installation that other businesses and economic sectors will see and can replicate as we begin to introduce our products in India,” said Venkat Kumar Tangirala, president of WindStream S. Asia.